Click on the link to watch the 1-hour special from Frontline entitled College Inc., which exposes the misleading nature of the for-profit colleges. 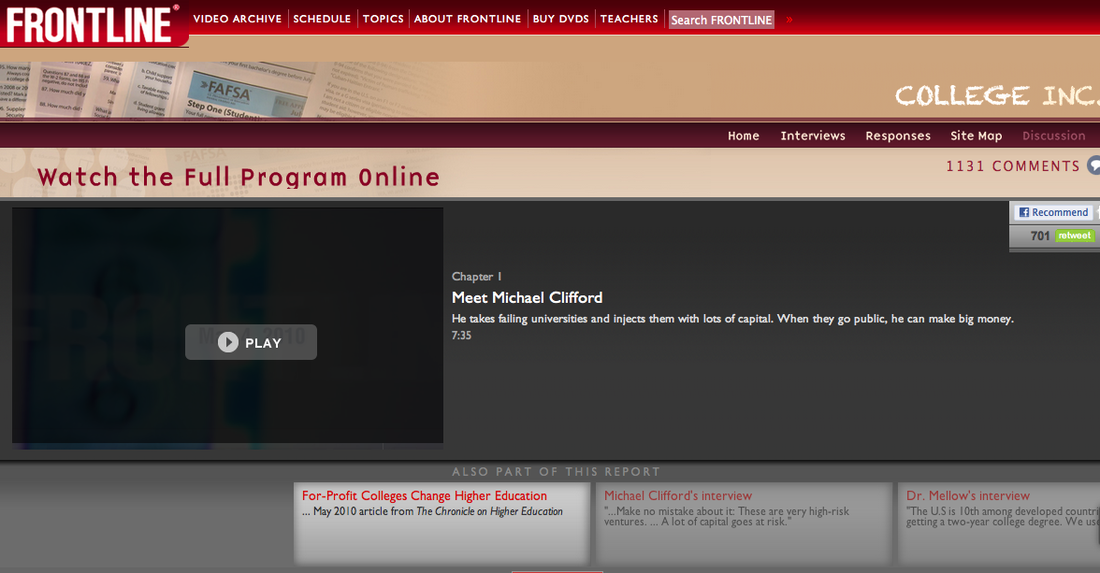 For an excellent article describing some pitfalls of for-profit colleges, click the file from LA Times below.

This is a partial list of for-profit institutions of higher education.  Many for-profit institutions are subsidiaries of larger parent companies, such as the Apollo Group, Career Education Corporation, Corinthian Colleges, Inc., and Laureate Education.  Their primary goal is to make a profit off of your education, whereas the goal of a non-profit is to see you graduate and become a productive member of society.